I’m pleased to announce a new, free digital publication, The Art of a Changed World – a detailed retrospective of the cover art I have produced with writer Alice Sabo, since 2014.

The Art of a Changed World brings together all my concept art, final cover illustrations and designs for Alice’s thirteen books to date – spanning science fiction, fantasy and thriller genres. It contains the stories behind each cover, as well as insights into the creative process alongside contributions from Alice, plus a wonderful foreword by Richard Hayes.

This project celebrates creative collaboration in the world of independent publishing – whether you are an aspiring or established writer, artist, publisher, fan or reader, I hope you enjoy The Art of a Changed World.

Barry Rosenberg’s science fiction epic Pillar of Frozen Light is due to be unveiled this weekend at Novecon (the UK’s longest-established science fiction convention), by publisher Guardbridge Books.

The story has been described as character-driven journey from self-indulgence to enlightenment, and follows Jonan, a man driven by his desire for a remarkable woman, pursued by a shadowy menace, and intrigued by mysterious pillars found on distant worlds that hint at a knowledge way beyond human understanding…

The brief for this project was to convey that traversal of space and alien vistas alongside the story of desire, and the strange, ominous pillars of light that form the core of the story. 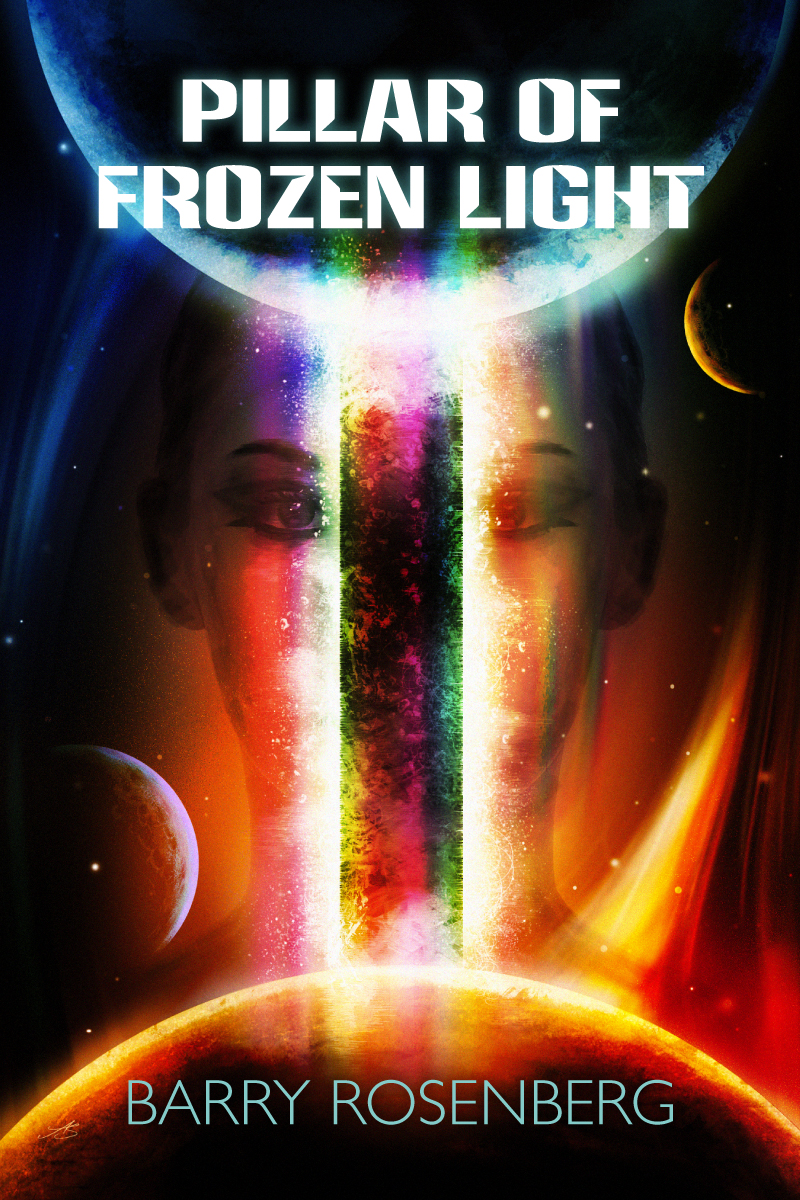 My cover art for Pillar of Frozen Light will also feature in the Novacon art show.