SkillForce – a national education charity, leading the way in how character and resilience is taught and delivered in schools – commissioned me to produce a piece of unique artwork, which was to be presented to their Royal Patron, HRH The Duke of Cambridge, at the launch of The Prince William Award.

Entitled “Trailblazers” after the highest level of Award, my concept was to depict the Royal Family overlooking a very British landscape, over which a parade of Air Ambulance helicopters fly, displaying banners emblazened with the Prince William Award logo.

The launch was just prior to the Duke finishing his tenure as an East Anglian Air Ambulance pilot, so it felt like an appropriate personal touch.

The completed artwork was presented to the Duke at the launch of the Prince William Award on 1st March, 2017. 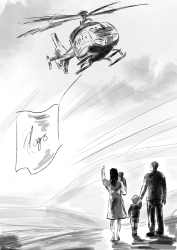 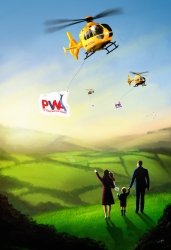 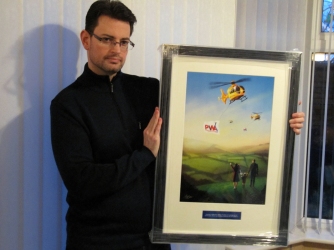 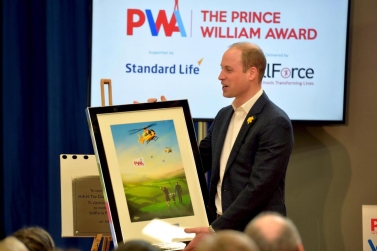